Landmark Lawn and Landscape, Expert Care For Your Property’s Lawn and Garden

Lawn Mowing Simulator – A Cut Above What You’d Expect

Gravel driveway overgrown with the grass? Use Weed Fabric

How to Compost Weeds Without Actually Planting Them

Adulthood is an invigorating stage of life as young people join the workforce, take on more responsibilities and set their sights on the future. But its many facets — from managing finances and buying a home to achieving work-life balance — can be overwhelming.

In this series, TODAY’s journalists help young Singaporeans navigate this stage of their lives and learn something themselves in the process.

SINGAPORE — Call me nosy, but I have always been interested in the lives of others, and my role as a journalist offers plenty of opportunities to sit down with people to hear about what they do. It is a privilege I enjoy.

Earlier this year, I was working on a series of reports about jobs that are typically overlooked by most of us, such as those in the landscaping or farming sector, and I was inspired by the conviction and passion of my interviewees.

Even though I love my job, I couldn’t help but muse over the possibilities. Perhaps I could be raising the fry for the next sea bass your mum serves for dinner, or maybe arranging that flower exhibition your girlfriend drags you to on a date?

But all these romanticised notions were quickly dispelled by the realities of life — I have a family depending on me financially, so can I risk a pay cut? Besides, I have been in the media industry for more than 10 years, and I know nothing else, let alone agriculture or horticulture.

And so, ruminations about jumping into a completely new career field disappeared — until recently when I was having a conversation with someone about mid-career changes and we wondered how one goes about it.

Rather than continue to theorise about it, I spoke to two individuals who braved the unknown to carve out a new career for themselves.

I also got the perspectives of two job coaches on mid-career changes for anyone who may be dragging themselves out of bed for work and are just trying to get by each day.

How do you know if you need a career overhaul?

Ms Carmen Wee, a veteran human resource practitioner, said that a person should not pivot to a new field due to a singular event, but rather because “there has been a season of doing one particular kind of work and there isn’t any satisfaction or passion for that role”.

Fellow practitioner Adrian Tan said that it would be helpful to approach the matter through the Japanese concept of ikigai — finding joy in life through purpose.

Broadly, the concept involves seeking the convergence of four elements:

Loving what you do

Doing what the world needs

Getting paid for it

Being good at it

Mr Tan said that if you can satisfy the first three elements, “the last will naturally come over a period of practice”.

In the case of my two interviewees who have changed careers, they told me they made the switch because they were seeking new knowledge for themselves — whether out of passion or to make up for a missing skill set.

Journalist-turned-veterinarian Amanda Tan recounted how she was constantly visiting the vet at one point because her pet cat was ill.

Dr Tan, 34, said that she was not only impressed with how knowledgeable the vet was, but she also found it meaningful that the profession involved helping anxious “pet parents” such as her.

Inspired, she left the world of journalism in her late 20s and is now a veterinary surgeon at the Gentle Oak Veterinary Clinic along Ghim Moh Road.

Former engineer Law Kia Wei (second from left) knew he was lacking in interpersonal communications skills, so he grabbed an opportunity to do sales as a means to train himself. Photo courtesy of Mr Law Kia Wei

For Mr Law Kia Wei, 36, he said that he was comfortable with his job as an engineer at a semiconductor firm, but he knew that he was lacking a soft skill — interpersonal communications.

When the opportunity arose to take on a role as a medical equipment salesperson at IDS Medical Systems, he accepted it despite some initial hesitation.

Aside from lacking the skills to be an effective salesperson, he also knew next to nothing about the medical field.

For close to a year, he said that he struggled before he got into the swing of things. It has now been about seven years, and he is leading his own business unit at the same company and has not looked back.

On top of that, he enjoys seeing how his work has a direct impact on the community since it includes working with nursing homes.

It is safe to say that Dr Tan and Mr Law have both found their ikigai in their new fields.

But how can you follow in their footsteps if you lack qualifications for a field in which you have an interest?

One way would be to find traineeships, conversion programmes or even volunteering possibilities just as Dr Tan did.

After leaving journalism, she found a part-time job that gave her enough time to volunteer at a veterinary clinic. That provided her with some hands-on experience and a chance to affirm the decision to move forward with the career switch.

The point is to find ways to practise the skills you need. As Mr Tan told me, “no qualification can outweigh” skills or portfolio.

Of course, sometimes this is not always enough for some professions, and it “may take more than one step” to make that career change, Ms Wee the human resource practitioner said.

In Dr Tan’s case, her experience at the clinic affirmed her decision to join the industry full-time, so she furthered her studies by enrolling in a five-year Doctor in Veterinary Medicine course at Murdoch University in Perth, Australia.

Still, making the transition towards a new career will not be a walk in the park, as testified by Dr Tan and Mr Law, who spoke about the sacrifices that they had to make.

For instance, they described how they spent hours each day studying to make up for the lack of knowledge in their respective fields.

As an older student paying for her own education, Dr Tan said that the stakes were high. “Whatever effort that you put in is going to directly affect your outcome,” she said.

That said, being an older student also meant that she was better able to appreciate the opportunity to study — unlike her younger self — which gave her the focus to make it work for her.

Another key factor is to expect a pay cut.

Dr Tan and Mr Law both said that they saw their salary drop by at least 15 per cent.

“If you jump industry, it’s expected since you have not proven yourself. It was something I had to make peace with,” Mr Law added.

However, he said that if one is willing to learn and “tough it out”, the “salary will come back to you”.

On this point, Ms Wee said that this could take a few years, and so the risks and financial trade-offs for a younger professional might be lower than for someone older.

Moreover, current financial commitments should be factored in as well. Can you afford to take a pay cut after making the necessary adjustments to your lifestyle?

If age is a concern, Dr Tan’s advice is not to worry because she has met a number of colleagues who graduated in their late 30s after undergoing a mid-career switch themselves.

“You’re not too old to make a change… It just requires a bit of sacrifice and courage,” she said.

Ms Wee said, though, that older workers also need to be realistic about the level of seniority that they can achieve for a particular role, given the need to catch up.

She also stressed the importance of doing your homework on the new field, and being aware that you will be competing with others who already possess the relevant experience.

But that should not discourage older workers. Mr Tan said that it is about being aware of the skills you can bring to the table and connecting the dots.

“If you’ve done logistics but wish to get into marketing, what are the things you learned in logistics that are applicable?

“Perhaps it is the way you plan things, which can be applied to a marketing department running a webinar?”

Assuming your personal affairs are in order, the decision to change careers really boils down to what meaning you are hoping to derive out of your job.

“If you’ve a high paying job… but you’re unmotivated, eight hours at work will feel like 24. I think that’s quite torturous,” Mr Law said.

And for those in their 30s, or even 40s, Dr Tan pointed out that there is still quite a long runway until they hit their retirement age.

Just because someone has invested a lot of time into their career, it should not be seen as too precious to give up if they are unhappy, she said.

“Don’t be in a position where you look back when you’re older and wish you had made the change when you could,” Dr Tan said. “There can be far greater things ahead than what you leave behind.”

Low Youjin is a senior journalist at TODAY where he covers the environment, manpower, as well as court and crime beats.

Seven £200,000 homes face demolition as driveways ruled too steep by health and safety 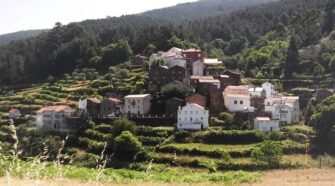