Child fatally struck by vehicle in driveway in Rathmines, Lake Macquarie, in NSW

Friend was edging his driveway and the weed whacker shot a into his leg.

Jefferson County Sheriff’s OfficeA Missouri woman who told cops she was in the shower when her boyfriend was shot and killed in the driveway of their home 17 years ago is now charged with murder in his 2004 death.Alice Patricia Weiss of Columbia, Missouri, was arrested at her home Thursday by the Jefferson County Sheriff’s Office for murder in the second degree, Missouri Attorney General Eric Schmitt announced. Authorities believe Weiss, who is now 65, shot her then-boyfriend James Summers in the head and back with a .22-caliber pistol on April 7, 2004. Summers, 47, was found dead in the driveway of his home in Dittmer, Missouri, about two hours from where Weiss now lives.Police questioned Weiss in the days after Summers died, but never filed charges. Weiss was always the prime suspect, according to investigators, who said no other credible suspects had emerged in nearly two decades. The AG’s office has not revealed what specifically led to charges being filed against Weiss now, saying only that the case was advanced by investigators who looked at evidence through “a new set of eyes.” Authorities have not revealed a possible motive.Read more at The Daily Beast.
Read More

Yes, You Need to Talk to Your Neighbors If You Insist on Using Pesticides

Should You Buy Manual or Electric Roller Shutters

Homeowner charged in slaying of motorist in his driveway 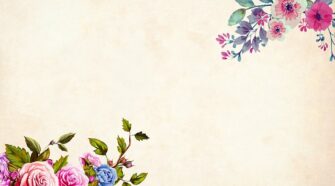